Do Herbs For Fibroids Actually Work?

Should you try herbs for fibroids relief or for shrinking them? Our fibroid specialists review the evidence for various natural herbal preparations to see if they really work to provide fibroid relief and to shrink fibroids. 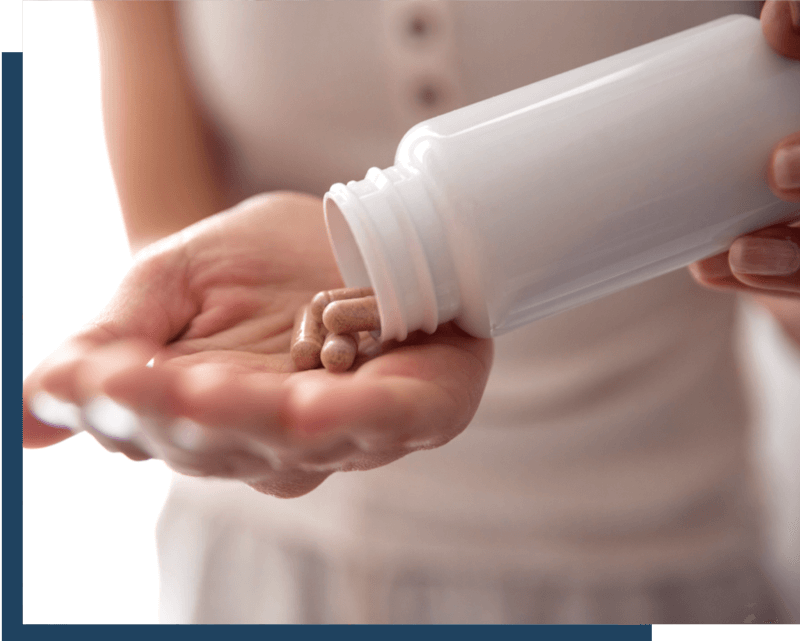 Medicinal herbs have been used for centuries to treat all assortment of ailments, and uterine fibroids are no exception. While traditional Chinese medicine and other homeopathic approaches are often overlooked in western medicine, clinical evidence suggests that certain herbal formulations, such as Guizhi Fuling, can actually shrink fibroids. But are herbs an effective fibroid treatment? Our fibroid specialists review the clinical evidence, and provide an overview of the most promising herbs for fibroids.

Readers should be aware that this data-driven overview is for informational purposes only and is not meant to advocate for herbs or any other fibroid treatment approach. As you read, you will find that the data for herbs is inconclusive. Based on the current evidence, you should not rely on herbs to cure your fibroids. If your fibroids are causing you severe discomfort, you should seek the care of a fibroid specialist that can prescribe a clinically proven therapy. 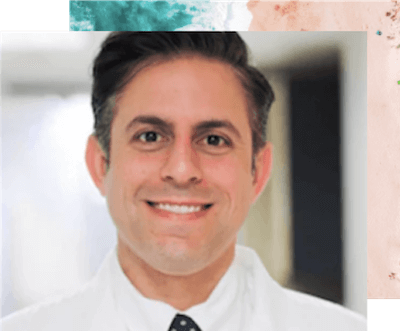 ProFibroidMD is a leading provider of uterine fibroid embolization (UFE), the least invasive treatment option for uterine fibroid symptom relief. Our Fibroid Specialists have helped countless women overcome their fibroids and get back to their happy, healthy selves without going through a major surgery.

“He is truly dedicated, and an extraordinary physician who’s really concerned with his patients!”

This list is by no means exhaustive, and the exact formulation and dosage of any given herbal preparation can vary greatly at the discretion of the prescriber.

Even though the vast majority of medical practices in the United States do not prescribe herbs for fibroids (if any do at all), medicinal herbs are likely taken by many women throughout the world, especially in eastern countries like China where there’s a long held tradition of herbal cures. 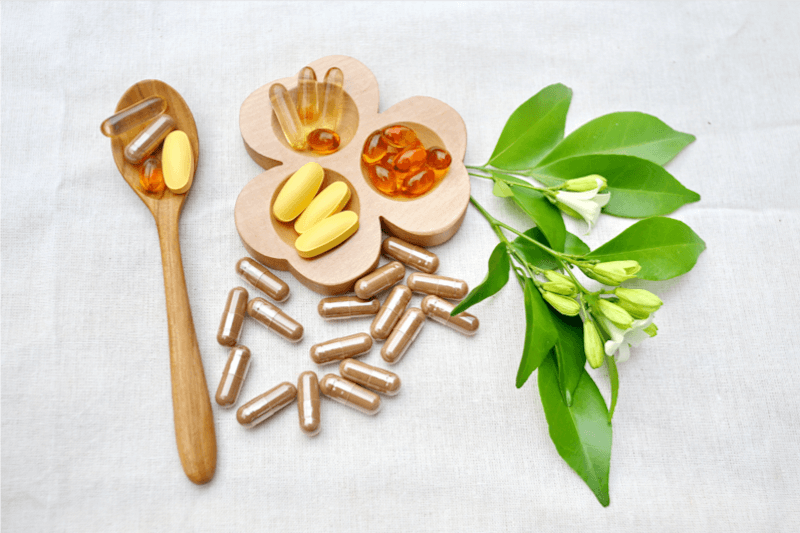 Are Herbs an Effective Fibroid Treatment?

Surprisingly, quite a few clinical studies have looked at the effects of herbs for fibroids, however only a handful of them have been rigorous enough to draw clinical insight from. To inform our understanding of whether or not herbs are an effective treatment for fibroids, we reviewed the findings of two major systematic reviews on herbs for fibroids that were published in 2013 [1] and 2014 [2]. A systematic review is a technique in clinical research in which all known clinical studies on a subject are aggregated and analyzed, taking into account each study’s findings and, importantly, the quality of each study, to determine the quality of a therapy.

The evidence shows that at least a few types of herbal treatments – Guizhi Fuling, Tripterygium Wilfordii, and Nona Roguy – can actually reduce fibroid size and uterus size. However, both of the systematic reviews concluded that the overall evidence isn’t sufficient to conclude whether or not these herbal preparations or any others provide fibroid relief. In fact, the vast majority of the studies under review did not report on fibroid symptoms.

The primary goal of fibroid treatment is to alleviate symptoms. An effective treatment relieves heavy bleeding and also helps resolve pain and discomfort associated with fibroids. Given the prevalence of fibroids, many alternative cures have been proposed over the years by many homeopaths citing anecdotal evidence that they can effectively cure fibroids. These range from apple cider vinegar to castor oil packs to natural herb preparations. In general, it is difficult to say if these alternative therapies work because they have not been studied to the extent of textbook medical approaches like uterine artery embolization, hysterectomy, or myomectomy. Medical practice depends on large-scale, high quality clinical studies to determine if a given medication or procedure is safe and works well enough to be prescribed. More high quality evidence is needed before herbs or other alternative therapies can be recommended. 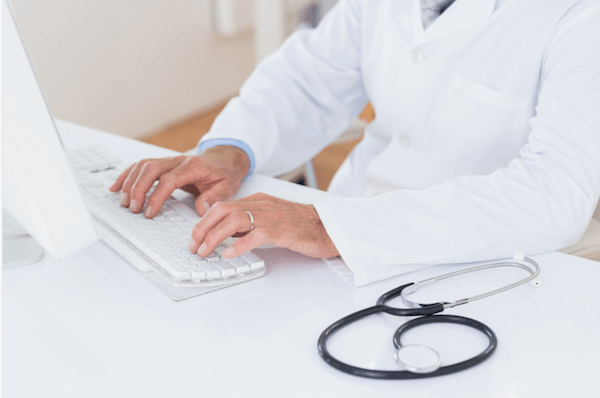 Based on the current clinical evidence, there are at least three types of herbal preparations that have been shown to shrink fibroids: Guizhi Fuling, Tripterygium Wilfordii, and Nona Roguy. Other herbal preparations mentioned in this review have been found to have no effect on fibroids or have only been assessed in low quality studies that should not be used to guide clinical decisions.

Guizhi Fuling has been described in ancient Chinese texts as a treatment of women’s symptoms, and it is still used in China today. In traditional Chinese medicine terms, it is thought to work by promoting qi flow, promoting blood circulation, assisting with immune regulation, and by softening and resolving hard lumps. It is unclear how this translates to more detailed physiological mechanisms that we come to understand about our pharmaceuticals and medical procedures.

Clinical study has found that taking a Guizhi Fuling formula, when taken with the medication mifepristone, was associated with a greater reduction in fibroid volume and uterine size compared to mifepristone alone. It is worth restating that this evidence is by no means definitive, nor does it indicate that Guizhi Fuling for fibroids helps alleviate symptoms.

At least two different Guizhi Fuling herbal preparations have been studied in the context of fibroids:

Clinical study has found that taking extracted glycosides from the Chinese Tripterygium Wilfordii (Lei Gong Teng) is associated with greater reduction in fibroid volume and uterine size than taking mifepristone medication. It is worth restating that this evidence is by no means definitive, nor does it indicate that Tripterygium Wilfordii helps alleviate fibroid symptoms.

Nona Roguy has been evaluated against gonadotropin-releasing hormone (GnRH) agonists, a common medication that is prescribed to shrink fibroids. Clinical study found that there was no significant difference between Nona Roguy her product and GnRH. In other words, the two treatments were approximately equally effective. Again, this was a small study of limited quality, so this does not mean that GnRH agonists are interchangeable with Nona Roguy.

In summary, certain herbal preparations have been shown to shrink fibroids, but whether or not they’re effective in relieving fibroid symptoms remains unanswered. In general, herbs do not appear to be harmful, and side effects that do occur appear to be self-limiting.

If your fibroids are causing you severe discomfort, herbs probably aren’t the most effective way to rid yourself of your fibroids. There are clinically proven treatment approaches that address the root cause of fibroid symptoms and consistently provide long-term fibroid symptom relief [3]: 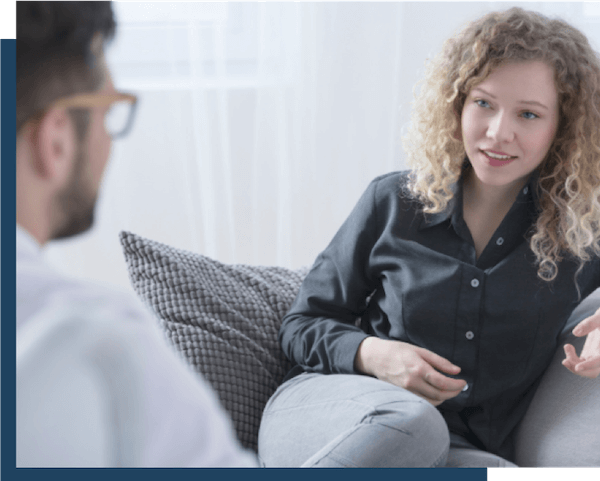 Surgical vs. Non-Surgical Fibroid Treatments: Which Is Best?

When it comes to fibroid treatment, we believe that less is more. A less invasive procedure means less trauma, less risk, and shorter recovery time. Learn more about why we opt for UFE, the least invasive treatment for uterine fibroids. 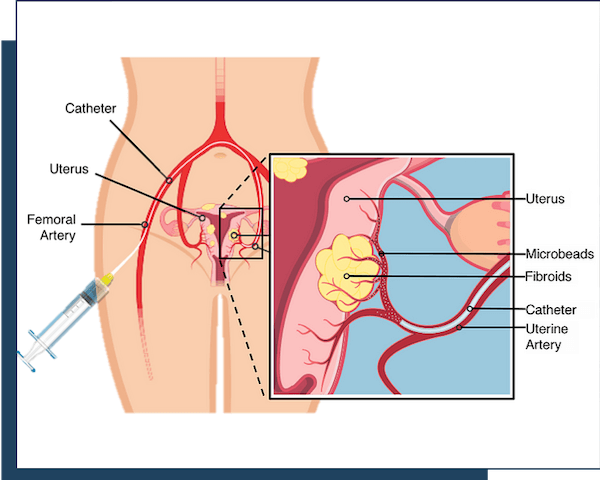 Uterine artery embolization is a minimally-invasive procedure that we offer at ProFibroidMD to relieve heavy bleeding, pain, and other symptoms in patients with uterine fibroids. Learn more about our specialty procedure. 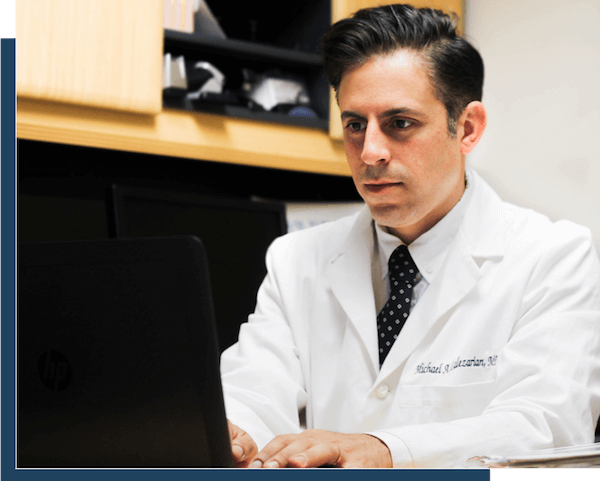 MESSAGE
Click the Chat Button
Get connected now with our instant messaging widget.

EMAIL
info@profibroidmd.com
Email us or use the contact form below.
You can also use this contact form for general inquiries.